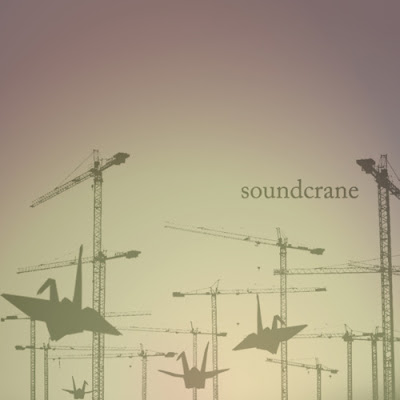 Soundcrane
We're really proud to be a part of this!
Australian musicians offer a musical tribute to Japan, creating cover versions of famous or interesting Japanese music.You buy it online, listen to it & love it. Your money goes towards rebuilding lives in North-East Japan.
To reiterate, no-one involved with this project is being paid, and every cent you pay goes to the Red Cross disaster relief effort in Japan. And if that’s not enough to make you want to buy it, look at the abundance of talent in the final tracklisting below.

Posted by Benjamin at 6:18 PM No comments:

You were in a band 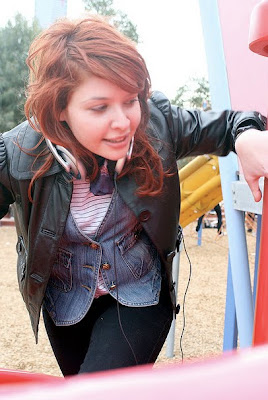 Some years ago i helped out on another recording by Jerry Falwell Destroyed Earth (aka Jessica Shulman). There was little chance it would ever come out given her track record but, as a fan, i couldn't help but jump at the offer to help her put together a group and record some of her songs during one of her fleeting always over emotional visits - Jess writes great fucking songs (i tried to cover one for our swans record but failed big time).
So, we booked in an afternoon at the now defunct Hangar here in brisbane in exchange for a show later that evening and pressed record. Todd Dixon who is responsible for so much of the Academy's earlier catalogue worked the desk while Paul Donoghue (Tragic/Athletic, Big Strong Brute and one time Academy drummer) and i switched between drums and guitar.
Turns out Jessica finally did release the record... for free! You can download the results with artwork here.
Im really excited this finally saw light of day. You can hear mine and Paul's efforts on the opening 4 songs and the rest is amazing as well (esp. "a general's sword").
Also for anyone trainspotting - you may notice some familiar lines in the opening track. In 2007 when we were launching our second 7" at Ric's, Jess and her friend Bridget Martin from the USA opened the night up, during which Jess played a song that was so good i remembered and stole a bunch of the lines which ended up as the framework for "2004". Credit where credit is due.
*Also this post is dedicated to the time my friend George poured his beer over Jess's head at the powerhouse during Erase Errata's set becuz she was being a right bitch to me. Fuck you Jess. You know you probably deserved it.
Posted by Benjamin at 4:03 AM No comments:

Email ThisBlogThis!Share to TwitterShare to FacebookShare to Pinterest
Labels: september of that year 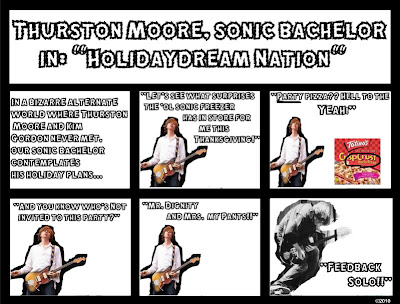 Posted by Benjamin at 5:00 PM No comments:

Email ThisBlogThis!Share to TwitterShare to FacebookShare to Pinterest
Labels: brosef 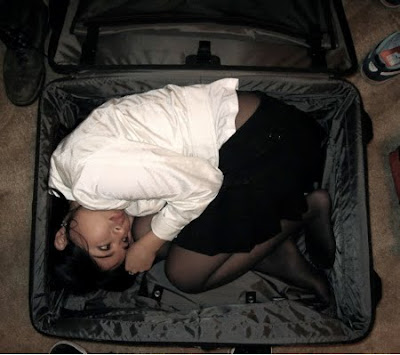 Ive never been much for remembering names....even worse when it comes to knowing the names of famous people in bands at all really. In 2005 a reviewer refered to me as "Kevin Shields cast as a Daniel Clowes type character" - i had to google both Kevin Shields and Daniel Clowes (frowny face emoticon here). Im happy to say that since then Amelia has allowed me access to her extensive Daniel Clowes Library and i once bought a copy of Loveless (though i later left it onstage at the old bar in Fitzroy, Melbourne. Bilinda Butcher was a total babe wasn't she?!?!?)
But Directors (!) and Movie stars (!)....No Idea! Im the worst at those conversations

James Gunn does a lot of things that famous people do - apparently - he makes movies, writes songs, acts...and keeps a website about shoving his girlfriend into mini fridges, pillow cases and anything else small he can find.....

WORTHWHILE READING
Posted by Benjamin at 9:24 PM No comments:

Email ThisBlogThis!Share to TwitterShare to FacebookShare to Pinterest
Labels: mia matsumiya, pointless waste of this blog, the internet 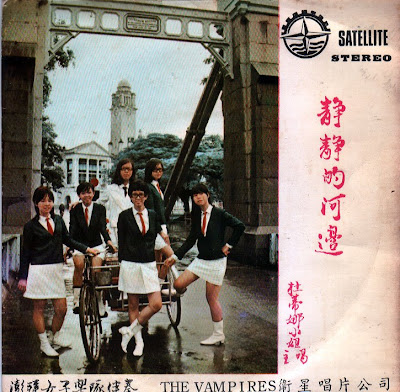 The Vampires - "Han Yu Qu (Chilling Rain Song)"
An all-girl group from the Singapore 1960s music scene. According to the sleeve: "this EP features Du Di Na on vocals, backed by The Vampires. Du Di Na joined The Vampires as singer 2 years prior to the release of this EP, and the group has won many fans among the young."
This Track has taken over my stereo and Ipod with force in the last year or so. If anyone ever happens across a physical copy of the vinyl record im willing to offer a cash reward.
I first stumbled across this gem here. Check them out.
Posted by Benjamin at 8:35 PM No comments: 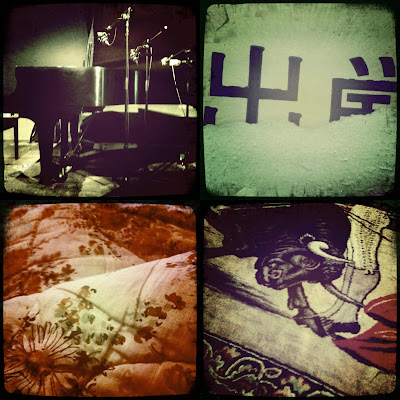 download
A demo i recorded late one night earlier in the year. I never bothered to finish the lyrics and with our latest surge of new tracks this one may not see it to the next album. We pulled it out live a few times with a bigger shoe-gazy chorus and me playing organ, but this version is all acoustic with bad edits where i chopped in an extra chorus. Recorded at No New Farm on my Yamaha FG-336SB purchased in 2004 at a local pawn shop with the money from my first solo show in Brisbane.
Posted by Benjamin at 8:50 AM No comments: